I started experiencing menopausal symptoms at age 46. For 5 years my symptoms got progressively worse. The hot flashes I could deal with. I struggled with waking up several times every night. But the brain fog and fatigue got so bad that I would spend most afternoons curled up on the couch. I didn’t recognize it right away, and then I tried to hide it from my husband and everyone else, but brain fog causes depression. It wasn’t until my husband, Dale came home from a business trip with some new products he had tried, that I finally found a natural solution for menopause symptoms.

I knew other women my age and older suffered from menopause, but I didn’t realize it was nearly every woman. According to a study published by the National Center for Biotechnology Information, between 40 and 50 million women in the United States experience menopausal symptoms. And approximately 31 million women, about 20% of the U.S. workforce, experience symptoms of menopause. So why wasn't there a solution yet?

When dealing with health challenges, Dale and I always leaned in the direction of natural solutions. I searched for help. I did bioidentical hormone replacement therapy. It made sense to me because obviously menopause is a hormone issue. I was on that treatment for 6 months, but nothing changed. Since then I’ve learned that hormone replacement isn’t truly a natural solution for menopause symptoms as the hormones used are synthetic. I’ve tried hormone creams as well. But nothing was helping.

I had lost my “mojo”. I gained weight and lost my shape. My wardrobe had to be replaced as none of my clothes fit anymore. I had no vitality and enthusiasm for life. I was spiraling downward but didn’t know what to do. Then by a fluke, a natural solution for menopause symptoms showed up.

Dale and I work from home. Thank goodness because I couldn’t imagine getting dressed and going to a job every day. We run a direct selling business together. Dale was also a speaker and trainer for a company in the industry. He was asked to fly to Dallas to meet with a new company and experience their first convention. He was potentially going to train people in this company.

Part of learning about the company was trying its products. One of the products was a coffee blend. We knew that it was a coffee product before he went and neither of us was too excited about it. We were Starbucks fans. In fact, I would go to Starbucks at least twice a day to get my early and late afternoon caffeine fix to battle my fatigue. Their other main product was a supplement capsule.

When Dale tried a cup of the coffee and the capsule, he felt great within 20 minutes. He called me that afternoon and said that he had this overall feeling of contentment along with a lasting sustained energy. He heard that people experienced overcoming fatigue, more clarity, more focus, less anxiety, and depression. I was quite skeptical that coffee and a pill could help me, but he was so excited on the phone that I asked him to bring some home.

Could Coffee and a Capsule Really Help?

He came back on Monday, so it wasn’t until the next day that I tried these products. I checked the ingredients. They were all-natural, so I figured it wasn’t going to hurt to try them. In about 20 minutes I experienced something that I’ve never felt before. The brain fog that I was having lifted. I could think clearly without my head hurting. And, I had energy! Was this the natural solution for menopause symptoms I had been searching for over 5 years?

That was the first day in a long time that I didn’t curl up on the couch because of my fatigue and depression. I worked until 9 pm that night. Not because I had to, but because I was alert and focused for the first time in years. Since that day in March of 2018, I haven’t gone a day without my “Happy Coffee” and that pill.

My mood had shifted. I found myself walking around the house whistling. That certainly hadn’t happened for a long, long time. Over the coming weeks, I found myself not craving evening snacks like normal. My overall appetite was curbed. I began losing some of the weight that I had gained during the previous few years. My hot flashes didn’t disappear, but they were less intense.

So, What's in This Stuff?

What was in this coffee and pill that did all this for me? What I learned was that our brain triggers a release of hormones given certain conditions in the body. When a situation occurs, the brain tells the body to produce a hormone to deal with it. As an example, when we feel stress or fear, the brain tells the adrenal gland to release cortisol. So, when the brain stops telling a woman’s body to release certain hormones, she goes into menopause.

What the formulator of this coffee, Alternative Labs, did was infuse the coffee blend with natural nootropics. Nootropics, as I’ve since learned, are substances that interact with the brain to balance out the release of certain hormones. Dopamine, serotonin, and endorphins in this case. These 3 hormones combined help us with motivation, pleasure, satisfaction, focus, mood, social behavior, appetite, digestion, sleep, memory, sexual desire, reduced stress, and pain relief.  They contribute to an overall feeling of well-being and happiness.

What about the capsule? The capsule contains xanthohumol. Xanthohumol comes from the flower of the hops plant and is the only natural substance on earth that helps release oxytocin. Oxytocin is called the “love hormone”. It creates feelings of calmness and closeness. Oxytocin is released when we make love and hug our loved ones.

Together the coffee and the pill create D.O.S.E (Dopamine, Oxytocin, Serotonin, Endorphins). It’s a combination of all-natural nootropics that have never before been combined into a delivery system (coffee) that 64% of Americans drink every day.

This Natural Solution for Menopause
Has Become My Passion

So, Dale and I made the decision to join this company called Elepreneurs. Elepreneurs is the marketing force for the manufacturer of the products, Elevacity. This is now what I do. It’s my passion. I have been a very small part of changing lives by just sharing samples of these two products with people. The stories are amazing. You can see videos that some of my friends did after taking the coffee and capsule.

For any woman reading this and suffering any of the symptoms of menopause like I did, here’s what I’d love to do. Let me send you a two-day sample completely free of charge. I’ll even pay the shipping. Just go to Happy Coffee. There you’ll be able to give me your contact info and I’ll pop the samples in the mail to you. No obligation, no hassle. Just try it. If it works for you, I’ll count it as another life changed for the better.

You Can Have Optimal Health - Learn How

Hi there! We’re Dale & Shirley, the two 50+ year olds behind this lifestyle blog, LifeStyle Over 50. For the past several years we have been researching how to have more health, wealth & happiness in our lives as we move into our retirement years. We’ve learned a lot of very valuable information that we now bring to you in LifeStyleOver50. Click to find out more about us and how we turned our passion into a business that is funding our retirement and will help us retire early. 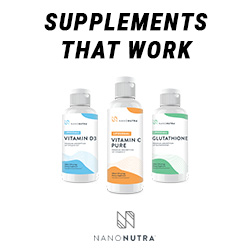